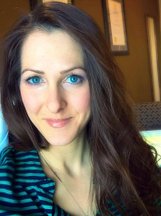 Like a conventional doctor, dentist, or chiropractor, Jennifer, along with all other Naturopathic physicians, first completed pre-medical studies at  university.

She attended the University of Western Ontario where she received an honours bachelor degree in Health Science (BHSc).

From there, she moved to Toronto to attend the Canadian College of Naturopathic Medicine, which is one of only two accredited Naturopathic medical schools in Canada.

At this institution, Jennifer received further training in basic, medical, and clinical  science; diagnostics; and Naturopathic principles and therapeutics.

A one year internship at the Robert Schad Naturopathic Clinic provided her with extensive clinical experience under the supervision of licensed Naturopathic doctors. During that year, Jennifer also spent four months interning at the Sherbourne Health Centre treating individuals with HIV and AIDS. She also preceptored at the Newman Breast Feeding Clinic, which provided her with insight to the difficulties that many new parents face.

Upon successful completion of her schooling and intern-ship, Jennifer graduated with the title of Doctor of Naturopathic Medicine (ND). She then underwent intense examinations to obtain licensure.

Jennifer grew up in a small town located near Windsor, Ontario. She then lived in both London and Toronto for four years each as she earned her education. After finishing her schooling in Toronto, she decided to relocate.

The hustle and bustle of the city didn't appeal to her as much as the quiet country-side. Jennifer now resides in Carleton Place and is happy to call the town home.

Naturopathy is a unique type of medicine within the primary health care system. It blends modern scientific knowledge and techniques with traditional and natural forms of medicine. The foundation upon which Naturopathic medicine is built is the healing power of nature, which a Naturopathic physician supports and stimulates for each individual who seeks their service.

Like conventional (also known as allopathic) medical doctors, Naturopathic doctors (NDs) provide primary care and undergo similar rigorous training. The primary differences between Naturopathic and conventional medicine are the philosophical approach and the therapies used. Naturopathic doctors treat patients as individuals by collecting an in-depth history and then addressing the physical, environmental, lifestyle, and emotional aspects of health. This enables an ND to find and treat the cause of the disease using natural, non-invasive therapies. Allopathic doctors generally address and treat the symptoms of disease with the use of pharmaceutical therapies or surgery.